Figuring out the world of water

W e rattle down the gravel road toward the dark, sluggish, tree-lined river in our old Ford pickup. My father drives, big hands, scarred and swollen, clutching the pock-marked steering wheel. His grease and sweat-stained hat, a once-gray fedora like men wore in the fifties sitting at a no-nonsense angle on his dark hair. Swimming is like everything else we do: purposeful, challenging, scary, fun.

Catherine Creek runs full stream through the town of Union, slow and moody at times, savage during the winter runoff. Down from the mountains, it isn’t so far across from bank to bank, but the currents that swirl winter whitecaps over a spill of rocks are unpredictable, deceptive in their prettiness. Every year or so someone dies trying to make their way from one side to the other.

We swim in August, a heated month when temperatures seem almost unbearable on a tractor or a truck, or even sitting on a horse, but just right for a swim in a river that has lost most of its spirit. The gravel road ends just yards short of a grassy bank, an easy step into water so clear, moss-covered rocks on the bottom shine a luminescent green. Overhead, shafts of light thrust between dark cottonwood branches only to explode in Fourth-of-July sparkles off the gray-green surface.

I get a clutch in my belly before I slip into the river. It isn’t the cool temperature or the questionable smell of the water so much as what I might encounter. I’d learned early on it was necessary to swim with my lips clenched tight. I’d had my fill of spitting and coughing up a chance swallow of something grimly dead yet still identifiable. 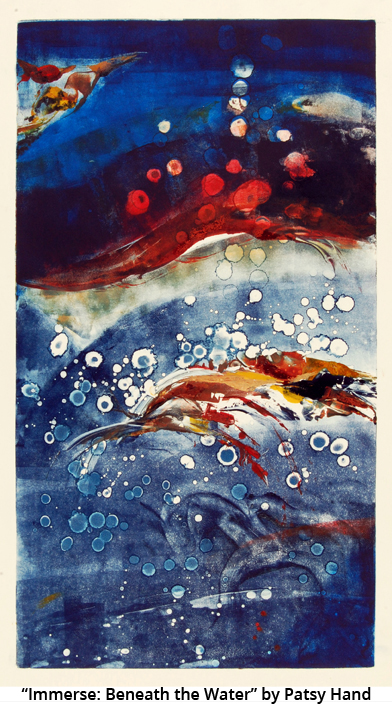 My father doesn’t seem to think it the least bit odd that we swim in a wide spot of river that pools just downstream from the county slaughterhouse. Nor do I, at the time. He is a good swimmer, and an even better floater, lying on his back, eyes looking up overhead, where he spots the swirling path of a hawk, and makes an occasional comment on the weather yet to come. His face, dark and chiseled, high cheek bones, brown-black eyes, sometimes sports a small bruise from the boxing match he’d won a few days ago in the city.

I flail about, toes searching for the bottom, arms stretched out to get a bead on the closest floater, thinking how to avoid coming into contact with the huge eyeball encased in a skull rolling on a path sure to smack straight into my face. I can jump in water, sometimes better than I can jump on land. Over a year or two, I learn to identify parts of animals that I have no desire to recognize. Chunks of muscle, thick and powerful, a runner’s leg. A bloody bone that should have sunk from the shear weight of it, but chose unreasonably to float. Black and white ears so suddenly separated they stand alert and thoughtful. A pig’s small stomach, like the one my father once dried and puffed full of air, only to give the thinly delicate vein-laced balloon to me for a toy.

A sense develops that if I touch a piece of the animal so newly dead I might see in my mind the whole of it. The sweet Holstein who’d given milk for years on end and then gone dry. The boar my father determined had the instincts of a three-year-old child. The sway-backed horse no longer fit for a ride. Leftovers from what had once been worth effort and affection pass on downstream with no more than a sigh of wind and a bird’s shrill cry.

Years later, when I purchased freshly cut bones for my dogs to gnaw on, I found that as I held them in the palm of my hand, fingers splayed to keep from touching the small remaining bits of meat, an instant mind picture—a photo of what remained locked inside the bony DNA—flashes into being: a red and white Hereford steer, I’d think, startled, dropping the bone on the tiled floor. It became too much, too difficult to recognize memories once casually scattered among the coolers in butcher shops, a sprig of green parsley to dress up the bone and meat lying in wait to be chewed at by someone’s dog.

After half an hour, shivering and shaking, I climb out of the water and dry off my shorts and shirt with a heavy towel and head for the truck. I might have chosen to stay back at the house, but I never do. I always come along when asked. After all, I am the second daughter of a father who shows no pain, not even the time when he cut his arm open to the bone and later drove himself to the hospital to get it fixed. A father who gives his daughters boxing gloves to settle their frequent fights. But most of all I agree to the invitation because it is time spent with my father, and I never would think to limit the conditions.

Decades later, I drive by that same stretch of river, now bordered with vinyl-sided manufactured homes sporting tiny plots of scrubgrass that butt up against the land where the slaughterhouse once stood. The river flows just beyond. It looks almost but not quite normal—somewhat less threatening to me.

I have accepted the fact that I will never be much of a swimmer. Swimming seemed confrontational, a battle to avoid if possible. The very liquid you plunged yourself into is suspect, not to be trusted. And yet, in truth, at some unknown time, I decided there are a few good instances of companionable silence connected with swimming that outweigh the risks.